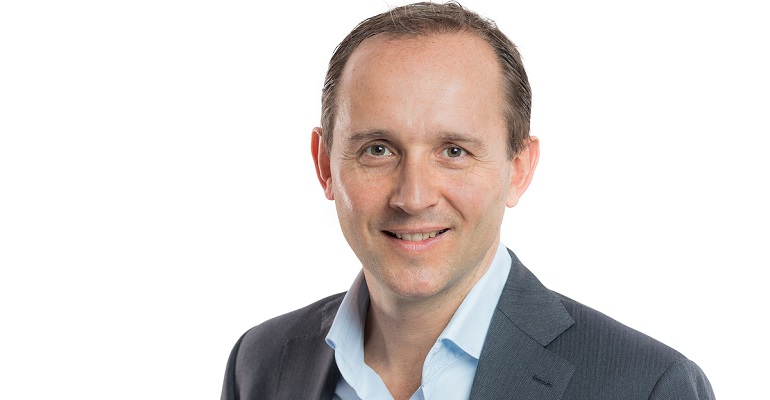 Tom van Aken reflects on his career and gives advice to starters and professionals in the sector.

From chemistry student to sales manager at DSM

When Tom van Aken finished his Master of Chemistry at Utrecht University, he “deliberately chose to go for a commercial position. There were so many extremely bright people around me, and I knew if I wanted to thrive, I needed to make use of my social and communication skills. It was a way better fit with my personality than a career in R&D or manufacturing would have been.” He decided to combine his chemical background with commercial interest and chose to join a multinational company, to gain a better understanding of industry and doing business in an international setting. In 1996 he joined DSM which offered a variety of different businesses and people from various backgrounds, which promised to be a great environment to learn and develop himself.

For his first position as sales manager at DSM he moved from Amsterdam to small Venlo – and his friends said he was mad. However, the future would prove him right, as his job enabled him to travel the world. Tom was sent to Germany, Scandinavia and Asia, and soon got a position in the US for four years. Looking back, he considers himself very fortunate to already get such an opportunity in his first job.
The environment at DSM matched his ambitions and personality, and he learned a lot. However, in the US he came into contact with customers from start-ups and scale-ups: bright people doing their PhD who had a great idea and raised money, rented a lab and started their own company. “In the Netherlands nobody was doing that at the time, you’d just go for one of the big companies”, Tom recalls, “but seeing all these young people starting their own businesses made me regret I had never done that. I wanted to try it myself!”

“You must be out of your mind!” - leaving a safe career for an unknown start-up

Even though DSM was a safe bet and a career with learning possibilities around the globe, there was just no start-up mentality. At the age of 32, Tom realised he had to dare now, or he would never be in the position again to make such a career change.

With that idea growing in him, he got an unexpected call from a headhunter in Amsterdam who offered him a position at a young company. He had never heard of Avantium, but “it was in Amsterdam, it was a chemistry start-up – it was too good to be true”. Friends and family, among others his father, once again declared him to be crazy: “They told me ‘You must be out of your mind! You have this great career at DSM, and you want to leave it to join this unknown, small company?’ - and yes, that’s what I did.”

He admits that the first years were very challenging and for about three years he was wondering himself if he had done the right thing. In 2005, however, at the age of 35, he was appointed CEO of Avantium. He remembers he didn’t expect this to happen but took the “fantastic opportunity”. It was also a big challenge: “I had no experience in leading a company, no idea about financing, legal aspects, how to handle shareholders or make HR decisions. There were so many things you have never been prepared for, so you just follow your instinct and common sense.”

When Tom studied and started working in the Netherlands, there was no real entrepreneurial spirit, no-one ever talked about what it takes to build a business. Nowadays, he thinks, people are a lot more prepared: “I am actually a little jealous that people can do all these courses and bootcamps today. I had to learn everything on the job! Some background and hearing from other entrepreneurs would have prepared me a lot better for my work.”

It takes a great team

We sometimes tend to dismiss the negative and unpleasant phases, but they are also an important part of the journey. “We faced over the years, and continue to face, many big challenges and problems and there have been many ups and downs for the company. It has certainly not been an easy ride, and everyone who knows Avantium also knows it has been an uphill battle. “Building a company requires a lot of persistence, energy and devotion”, Tom emphasizes. He concluded he needed to build a strong team around him, and he still considers this the biggest task of a successful leader. The final decisions are left to the CEO and are a careful weighing up of rationale vs. gut-instinct. “This is what I find exciting,” he explains, “finding out if your gut-feeling is correct or not. Obviously, it is easy for me to say now with hindsight that we made the right decisions, because we made it. However, that was not always so clear.”

What gives you energy?

Today he is proud of the people working at Avantium and what they achieve together. “When we first started, many people declined joining us because they said they didn’t know the company and the risk was too high. But now, when I walk in the building in the morning and see how many talented people we have attracted in the meantime, it makes me proud. All this passion and commitment people have for the company! They come up with all kind of great ideas – but also fun and stupid ones. It gives a lot of energy and satisfaction to see that people have fun in what they are doing. It is not the molecules or business plans that make the company, it is the people.”
When Tom meets students and young professionals today, he often wonders if they have thought enough about what is driving them and what gives them energy. Many are doing what they are expected to do, and not listening to their inner-self and what they are deeply passionate about. “What do you want to achieve, what are you deeply passionate about, and how can you shape your career to suit this? These are the important questions to ask,” he says.
He also knows that many people have doubts and have not found out about this (yet). “If they do well, they go out and ask people. I admire when someone has the guts to admit that he doesn’t know.” He emphasizes that no-one is expecting you to know everything yourself. “This is also what I tell my children: Just go, meet with people, invite them for a cup of coffee and talk to them. You may sometimes not like what they advise you, but this is the most critical part: being open to also consider things that are out of your comfort zone.” Networking, going outside, and most importantly being able to receive feedback and take advice from others are key to finding your driving forces. And: “Take risks! Don’t be afraid to make mistakes.”

For his own future, he can imagine starting a new company on his own or as part of a team. “I like being at Avantium, and I have been CEO for 13 years. Every organisation needs change at some point. I don’t know yet when that will be because there is still so much to do, but when it happens, I want to build and shape a new business, determine what it should look like, what is smart to do. This excitement is my passion and source of energy.”

BCF Insights thanks Tom van Aken, CEO of Avantium, for this interview!
Avantium was founded in 2000. Tom van Aken, CEO since 2005, led the company through the transition to become a focused renewable chemistry company by divesting its pharmaceutical business and developing a portfolio of innovative products.
Avantium was successfully listed on the Euronext stock in 2017, after incorporation of Synvina, a joint venture between Avantium and BASF to commercialise FDCA and PEF.