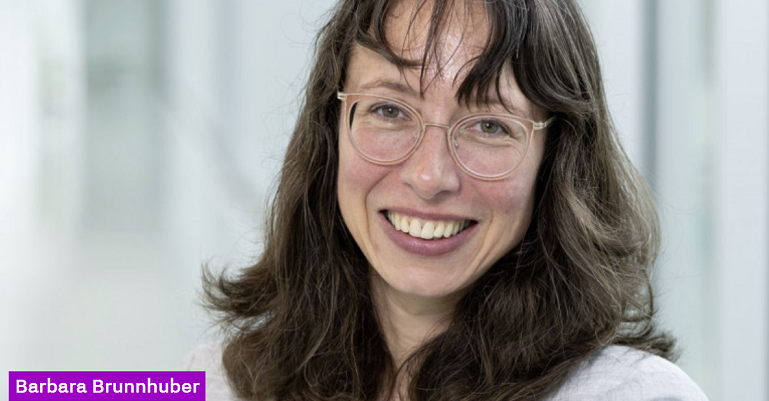 The past five years have seen a 29% increase in the number of female entrepreneurs in the Netherlands. However, only 36% of all entrepreneurs in the Netherlands are women. With initiatives popping up across the country, female empowerment is slowly but surely getting stronger. The TOPX Summit taking place on 22-23 September in Leiden is a great example of bringing ambitious women together to enrich innovation within the Dutch Life Sciences & Health (LSH) sector with their spark.

TOPX Network: uniting and inspiring ambitious women
Founded last year by Haifen Hu, TOPX offers a special network for women in leadership roles and with leadership ambitions in the LSH field. 22 and 23 September will see the first TOPX Summit go ahead in Leiden. The two-day event welcomes both men and women for general business discussions on the first day. Whereas the second day is geared towards women only, with the aim of triggering personal reflexions and learning through deep dives.

What is holding you back? Discussing the glass ceiling and why it's hard to reach the top
Barbara Brunnhuber, speaker at the TOPX Summit and a member of the TOPX Network, CEO of Mireca Medicines, executive in residence at BioPartner Leiden and unlock, shared her thoughts on the recent increase of women as LSH startup founders. “Yes, there has been a small rise in women entrepeneurs, but whenever I see a female LSH startup founder, I still clap my hands. Some may look at me strangely, but this is because we are nowhere near the 50/50 target we need to reach.”

Despite the increase of female entrepreneurs and leaders, there is still a long way to go in reaching gender equality. This is especially relevant for those seeking higher positions. Barbara believes that “the low number of CEOs is one manifestation of the perception that being a woman in the field, any field, is a disability. It feels as if we have to treat a problem, instead of society, both men and women, realising that it does not tap into the potential that women have by following this outdated behaviour.”

Haifen pointed out that while only 5% of the 350 Euro S&P companies have women CEOs, that is not for the lack of talent available. She has been questioning the causes behind such a low percentage. “Of course, how we arrange childcare and the expectations we have of women taking care of children is a huge factor. Even if there are personal exceptions,” she says. Barbara agrees that hiring young women is often seen as “a risk of her having a baby” despite the “incredible skillset a young mother gains from the need and determination to juggle 27 balls in the air instead of three.”

Another large problem, according to Haifen is “how organisations hire and select people”. She has seen that when a board is typically made up of men “they tend to have more men in their network for these positions.”

The important of a mentor and a community
Haifen told us of her own challenges as a young professional within the LSH field. Realising upon graduation that academia wasn’t for her, she quickly explored the start-up scene. “I always had the entrepreneur bug myself and wanted to start my own company, but didn’t know how.” She launched Hyphen Projects in 2004, organising (career) events for like-minded individuals. Helping young professionals and others at any stage of their career, remains one of her biggest passions today.

Given her 17 years of experience in the field, we asked Haifen how she saw the gender roles in the sector. “After analysing the Dutch (start-up) LSH sector, I found that most founders were typically middle-aged males. When you look back and see where we are now, we have made some progress but we are very slow. We are still surrounded by typically male founders and male leaders.” She pointed out what she has witnessed in the career events and summer schools she has organised through the years: “typically more than half of the participants are women. So there is enough talent out there, but along the way up, you see a lot fewer women in higher positions.”

Finding a mentor, according to both Haifen and Barbara, is one of the most important steps you can make as a woman in any field. “I think what is very underrated is the value of your network,” says Haifen. “For me personally, as an introverted person, I used to avoid going to networking events and staying for the drinks. I think many women do that too, women go to conferences and leave, they don’t stick around for the drinks. Men see networking as part of their job and women see it as play. But that’s when you get to know people on a more personal level. It’s not only about doing your job well, but also about knowing the right people and that they know you. Your network is probably one of the most important assets in your career,” she elaborates.


Barbara also recommended finding the right mentor that will encourage you to “go for it, even if you have doubts, because he or she sees your potential”. She added that it wasn’t until her 30s before she realised that women could also throw their ideas into the mix. She often saw men not think twice and speak up. This is something she wants younger generations of women to know, and she encourages them to come forward, whether they have fully explored their idea or not.

Both Haifen and Barbara raised a tricky provocative question. Are we (as women) stopping ourselves from progressing? These inspiring female leaders have decades of combined experience watching women in the field, and have both noticed that women speak up or stand out too little. They have found that men have fewer doubts and insecurities in speaking their mind, while women overthink more what they say and therefore miss opportunities.

An uphill mission to achieve gender equality together
There´s no doubt we have a long way to go in achieving a gender-equal LSH sector, especially at a high level. Thankfully, we are heading in the right direction, and with help from communities such as TOPX, both women and men can learn from each other and build a more equal future, at every level.

Promoting demales in LSH is of course only a small act on the worldwide stage. Empowering all women and girls and achieving gender equality is one of the 17 SDGs set by the UN and recent years have seen some progress: more girls in school, fewer early marriages, more leadership and more reformed policies. However despite the considerable improvements, there are still more male politicians than females, one in five women and girls have experienced physical and/or sexual violence and only 28% of managerial positions worldwide were held by women.

All the facts and figures of gender inequality and the targets set by the UN for the coming years can be found the UN´s SDG page.

Feeling inspired as a woman in LSH? Head over to the TOPX Summit website and find out more about the programme taking place this 22 and 23 September.