Emil Pot, LL.M., EPA, is an independent business development and IP expert in the life sciences, with a career of more than 20 years in the life sciences area. Currently, he is setting up an IP firm in Belgium for NLO, one of the largest IP firms in the Netherlands, and performs business development activities for two biotech companies. Prior to these activities, Emil co-founded in 2006 the clinical stage biotech company ActoGeniX and joined the company as General Counsel, responsible for all business development, legal and IP matters. ActoGeniX collected a total of 45M Euros in three consecutive financing rounds and concluded a number of collaboration deals, finally resulting in the successful acquisition by Intrexon Inc in February 2015.

Between 1994 and 2006, Emil held various business development and technology transfer positions at Flanders Institute for Biotechnology (VIB, Belgium) and the University of Groningen (The Netherlands).

Emil was member of the UPC Coalition Group, the IP working group of EuropaBio, EBE and the Expert Group on IPR valorization (DG Enterprise). He has also received several assignments from the NATO and the WIPO as patent and technology transfer expert. Emil holds a Master of Laws degree from the University of Groningen, obtained a training in life sciences within VIB and is a registered European Patent Attorney (EPA). 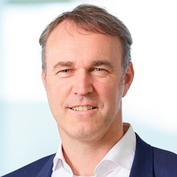